Home Guides What does a DJ do?

A DJ, or disc jockey, is a person who mixes different songs together to create an interesting and unique song, also called a mash-up.

DJs started mixing music in nightclubs during the 1970s. They have been influencing every other genre of music, from pop to rock and even country (yes you read that right). They use record scratching and beat matching in their mixes. Sometimes they play electronic instruments like synthesizers and drum machines when they are performing live.

A DJ has several responsibilities: adjusting volume levels; choosing tracks; determining which tunes should be played next; selecting tracks that flow into each other smoothly; playing records such as 12 inches or LPs (long play), and cueing up records. 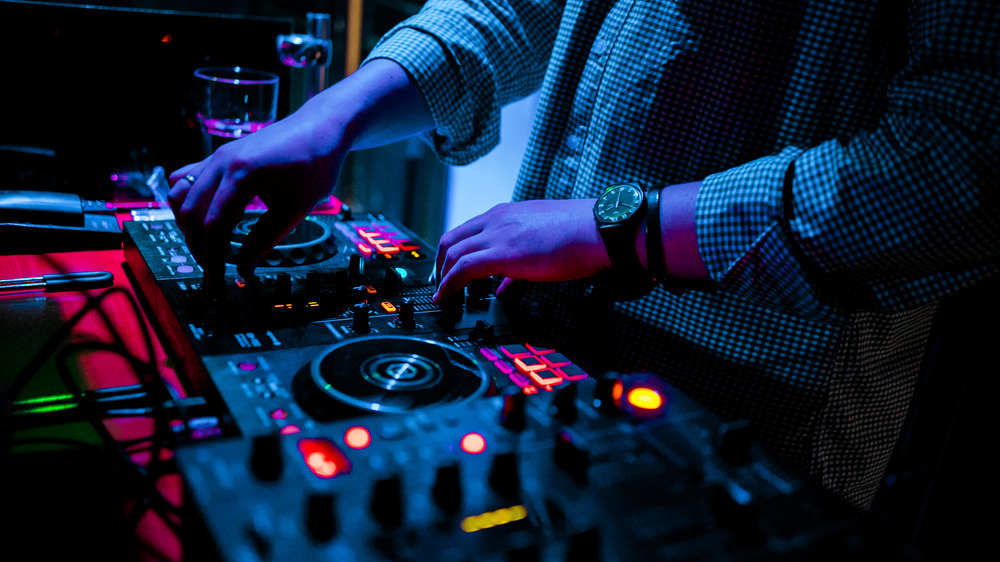 Beatmatching - how does it work?

It is the DJ's responsibility to manage the flow, or transition, between songs. It is important that music chosen by DJs flows well together and does not create an "abrupt change in mood". The best way for a DJ to do this is to play two records at a time, cueing up both records so that they start exactly at the same moment. A quick glance down at a turntable's platter will tell if the tunes are going to match well.

They have to be on beat with each other – meaning both have the same rhythm – but it takes skillful hand-eye coordination to keep them matched well as they spin. As one record nears its end, the DJ has only a second or two to start the next record and keep the beat going so that they never miss a beat. This process of cueing up records is called "matching".

Compared to most other musicians, DJs do not sing or play an instrument live very often. Instead, they use turntables and CDJs (a type of cd player used by DJs) to create unique mixes of song transitions that may not be possible using just two LPs or CDs.

Digital technology has transformed dj-ing since its invention in 1986 which made mixing easier for DJs. It allowed for pitch control and cue points allowing them to jump from one part in a track, like a drum fill or horn riff, and go back to it later in their mix. Using a laptop and digital audio workstation, DJs can download and manipulate tracks from multiple sources. This gives them more opportunities for creativity, especially with electronic music genres such as house or techno which would normally have synchronized beats.

When dj-ing live, they use two turntables and a crossfader to fade between the two records they are playing at the time. Beatmatching is used during their sets to keep songs matched together without interruption or "clashing", though this does not happen very often if the DJ only uses one turntable to mix between songs instead of two.

They also may play instruments live during a performance – a recent advancement in technology allowed guitarists to hook up adapters that allow them to control what notes they play by moving a turntable's tonearm to certain points on the record.

BPM - what do DJs do on stage?

BPM, meaning beats per minute, refers to how many beats there are in one minute of a song and can help DJs figure out how fast they need to change the records so that the songs don't sound offbeat with each other.

For example, if a DJ knows that he wants to mix between two songs whose beats correspond but one song has 60 BPM and the other has 90 BPM, then he will either match their tempos by slowing down or speeding up one of them or by using another technique such as beatmatching where they slow down on record A while speeding up record B at half its speed (which would make both songs play together on the same beat). 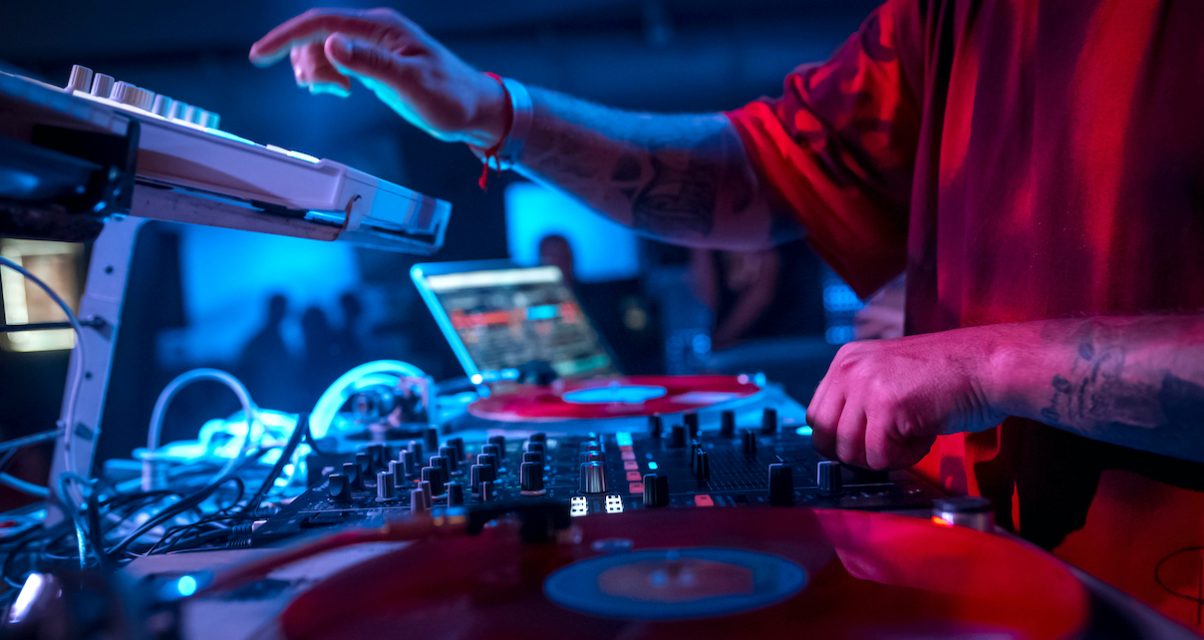 DJs use transition techniques to keep songs matched together.

One technique they use is beatmatching, where they adjust the speed of one song so that both songs' beats line up with each other.

Another technique is called tempo-matching, which is when one DJ matches the tempo of one song with another by speeding up or slowing down parts of each song that are in time with the other.

A third technique is called phase-matching, which happens when DJs play two records out of sync but with similar frequencies at the same time and then move the records back into sync using turntables a crossfader – a slider on a mixer that controls what sound comes through speakers – to smooth out any sudden changes in volume as songs are faded.

DJs also use counting to keep track of how much time is left in a song, or at the end of a song, before it fades into another tune. Counting usually happens during beatmatching, where DJs count along with songs as they are transitioning between them. This way they know whether or not they will need to continue fading out one song or if it's time to move on to the next one.

Another technique that DJs use is phrasing – this refers to the unique parts within each song and how long those parts last so that they can figure out what part is coming up next in their mix so that transitions sound smooth.

Equalization is the act of changing, emphasizing, or diminishing specific frequencies within an audio signal. This can be done using analog devices such as an equalizer or graphic equalizer (a device with many sliders to control each frequency) or digitally in DJ software on a computer. EQ is used by DJs to change how their music sounds while they are mixing it together and strip away parts that don't sound good.

To use them effectively, DJs must understand which frequencies correspond to certain instruments in different kinds of music so that they know where to find the instrument's sound on the equalizer.

For example, on most DJ mixers there are four sliders dedicated specifically for bass sound – low-, mid-bass, mid-range, and high-frequency – but they can't be used interchangeably. Low frequencies are best heard by subwoofers; mid-frequencies are most often associated with drums or vocals; high frequencies are usually found in instruments like cymbals or hi-hats.

For house music, EQs typically feature four frequency ranges: lows (100 Hz), mids (500 - 800 Hz), highs (2 kHz), and sometimes super-highs (10 kHz). Many house songs have the same power structure throughout, so DJs use two sliders to control bass volume and then cut out everything else. However, they also must know what different effects certain sounds bring to their mix so that they know when to emphasize them and when to play them down. 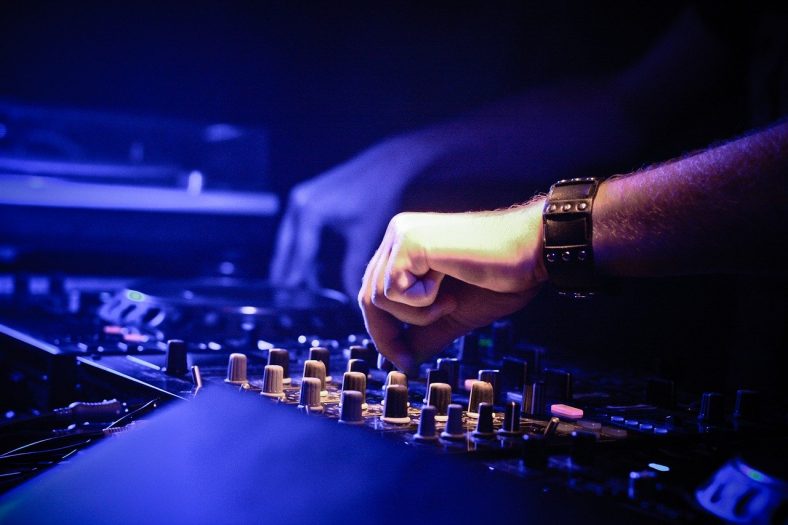 DJs are responsible for playing recorded music at a dance event. They typically use two turntables and a DJ mixer to create seamless transitions between different songs and keep the energy up. DJs must understand how certain frequencies in each instrument of a song correspond with one another, and where those instruments normally sit on the equalizer.

To do this, they use their knowledge of traditional power structures in various types of music and which frequencies typically correspond to certain instruments, so that they know exactly where to find the sound on an equalizer.

For example, most houses have bass sliders dedicated specifically to low-frequency sounds – but they can't be used interchangeably with mid-bass or high-frequency sounds. This is because lows are best heard with subwoofers, mids are associated with drums or vocals, and highs are found in cymbals or hi-hats.

Once DJs have these sounds sorted out, they can create seamless mixes that sound good to the audience. They do this by making use of slip-cueing and cue points in their tracks.

Slip-cueing happens when DJs put a record on pause, usually by placing their hand in front of the rotating platter without touching it. Then they can navigate through the track and find exactly what they want to start playing from. When they're done looking for that perfect part, they press play on both turntables at once so that the song starts from where it left off. This technique allows them to change beats quickly without losing time or sound quality.

The cue point is a certain spot in a song that DJs mark by putting a finger on the record's label while it's playing so that they can quickly return to that point in the track. A good cue point is usually a stripped-down beat or bassline of a song because it's easy to find on most tracks and easy to match with another song. When DJs are looking for a new beat to mix into their current mix, they typically head towards the last four measures of a tune and then start looking around from there.

What does a DJ do? Listens to the audience of course!

They will play songs that they know their audience likes and give the person running the room a chance to take over so that they can rest for a bit. But DJs also have an understanding of how far they can push it – knowing when to stop playing a hard track so that people don't get tired of hearing something too intense or no longer want to dance.

DJs work with very sensitive equipment, which is why there's such an emphasis on good technique and experience; if you use bad technique then chances are your mixes won't sound as great as you'd like them to be. DJs learn through practice and building up their ability to mix songs together seamlessly – this usually happens after at least a few hundred hours of practice.

How to improve DJ skills?

DJs are like animators, they need to understand how various parts of songs fit together and impact each other. They also must be able to tap into the energy of a crowd and know what songs will make them go wild.

DJ technicians can earn good money – especially if they're working at big clubs with expensive sound systems – but usually become famous after establishing their style and gaining a following through word-of-mouth or YouTube videos.