Home Guides The Difference Between Overdrive and Distortion Explained

In the times when it’s possible to generate any number of fantastic music melodies, the musician community is dedicated to their techniques. Among the popular questions is: What exactly is the difference between distortion and overdrive? With more and more young minds becoming interested in music, it’s time to clarify the difference once and for all.

In terms of music and tone, there are no particular rules. That’s why going with an overdrive or a distortion pedal is totally up to you. You can even combine them in order to adjust the sound according to your taste.

The process is termed gain-stacking, as you will be adding two pedals simultaneously that can add gain to the sound tone. But remember, to perform this extraordinary sound feat, you need to work with dialing in your controls properly. In this way, your sound will get that uniquely appealing tone you are looking for.

Overall, the whole music industry is divided into two schools of thought behind the concept of distortion vs. overdrive. One musician prefers an overdrive pedal, while another works with the distortion pedal mostly. But one thing is clear: this creative clash has introduced some of the most unique and appealing tones over the years. Before we get to the difference between overdrive and distortion let's first look deeper into what those things really mean. 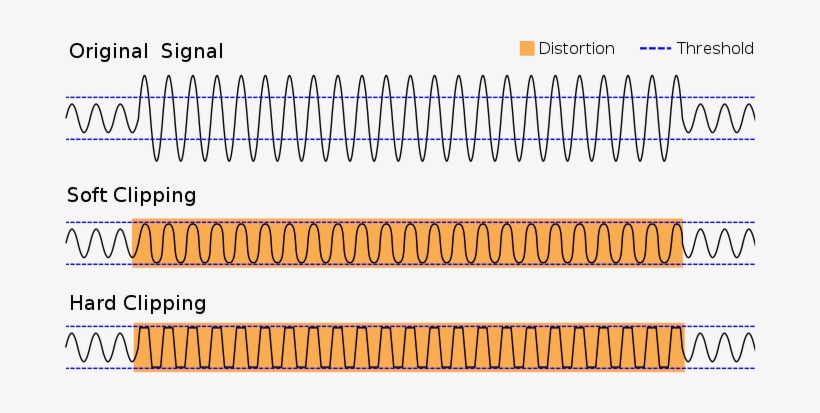 What exactly is an overdrive?

According to music experts, an overdrive isn’t something that was explicitly created or discovered. It was more like an accident that became a new characteristic in the musical world. In simple words, during an overdrive, the amount of voltage pushed by the tube towards the ceiling is as much as the tube can handle. This laid the foundation of the whole concept of differences between distortion and overdrive.

As soon as the voltage increases, the tube amps begin to truncate the waveform in a specific manner. This is because, other than overdrive, several factors are involved in tone production and signal alteration. The most important one is heated as heat can influence the electrons to move in a non-linear path.

In terms of distortion vs. overdrive, the voltage coming from the guitar reaches the tube during overdrive. As the voltage passes through multiple sections of the tube, its amplitude starts to increase. As a result, the signal gets more powered up, and we get the amplified and flattened tone we were looking for.

But here’s the exciting part: no one can successfully identify the exact ‘overdrive circuit’ even after all these years. Primarily because of the unpredictability of the hot signal coming in to be amplified.

Distortion: How does it work?

The word ‘distortion’ generally refers to a state when the tube amp reaches a stage of high saturation. But in terms of pedal effects, the concept gets more diverse and complicated. Generally, the major difference between distortion and overdrive is that the distortion pedals are used to achieve harder clipping levels through multiple clipping stages.

The functionality and effect of distortion pedals can be understood well through this one principle. The slipping stages of the pedal and the overall distorted gain are directly related to one another. It means, the higher number of clipping stages results in a more distorted gain and vice versa.

Also, the overtone dynamics and attributes are complex to work with, eventually becoming the infamous white noise. But this allows the sound texture to attain more sonic space. This extra sonic space can be perfect for certain sound genres and tones.

Benefits of an overdrive

Today, the whole concept of overdrive and amplification is controlled practically through designated circuits. These circuits are then further connected to a pedal which can directly be accessed by the guitarist. Quite remarkable engineering progress in the design of small-sized pedals!

In the battle between distortion vs overdrive, the major benefit of the overdrive pedal is that it can be used to generate a similar sound effect to a more cranked Fender Deluxe electric guitar reverb edition. But with the overdrive pedal, one can get a similarly dense and gritty tone without getting the ear-bursting volume. The most famous overdrive circuit in this regard was designed by Bill Finnegan.

Ibanez Tube screamer is another commonly used overdrive pedal used for the purpose of creating tones. The pedal allows the musician to control the clean signal grit. As a result, musicians can easily achieve the old school cranked amp-based tones at more controllable sound levels which is a prominent difference between distortion and overdrive.

Also, the overdrive pedal can work as an effective second gain stage before the amp. All you need to do is add another tube to the already functional amp circuit. This will allow the guitarist to push the amp's front end even harder.

If you're looking for a little bit of extra edge to your sound, an overdrive pedal is probably the way to go. These pedals add subtle distortion to your signal, giving your sound a bit more "growl" without completely distorting it.

On the other hand, if you're looking to really rock out and get some serious distortion, then a distortion pedal is what you need. These pedals will add a lot of distortion to your signal, giving you that classic "heavy metal" sound.

So, which one should you choose? It all comes down to personal preference. If you're unsure, it's always a good idea to try out both types of pedals and see which one you like best.

Where is distortion generally used?

Practically, the whole concept of distortion is perfect for adding that extra amount of sustain you were looking for in your notes. However, this added sustain will eventually give some definition to the overall structure of more complex chords.

We already know what octaves and power chords sound like. By using a distortion pedal, you allow the extra amount of clipping and distortion to be added. But this results in increasing the primary floor noise as well. So, if you’re looking for more precision as well, then using a noise gate is recommended.

In today’s music industry, new and advanced tone generators and refiners create a completely different musical experience. Nevertheless, the efficiency of overdrive and distortion pedals is going to remain intact.