Home Guides Indie guitar and how to play it

Indie guitar is a subgenre of rock music that emerged in the late 1970s and early 1980s. Indie guitar is characterized by its use of independent record labels, DIY ethics, and unconventional sounds. Indie guitar bands are often associated with college rock and alternative rock. They are still popular, but what a musician should know about them?

The short story of indie guitar

Indie guitar first gained popularity in the United Kingdom with bands such as The Smiths and The Cure. These bands were signed to independent labels such as Rough Trade Records and Factory Records. In the United States, the indie guitar was pioneered by groups such as R.E.M. and Sonic Youth. These bands were often signed to major labels but maintained creative control over their music.

The success of indie guitar bands in the 1980s led to a backlash against the genre in the 1990s. This was due to the rise of grunge and Britpop, which were seen as more commercial and less authentic than indie guitar. In the 2000s, there was a renewed interest in indie guitar, with bands such as The Strokes and The White Stripes achieving mainstream success.

How to play indie guitar?

The foundation of independent guitar playing is a solid understanding of melody, creative chord choices, plenty of broken chords and arpeggios in place of barre chords in rhythm, and a distinctive absence of classic-rock distortion and high-octane solos.

Finally, if you want to play like an indie guitar band, it is important to listen to a lot of music. Indie guitar bands are often influenced by other genres such as punk rock, garage rock, and surf rock.

So there you have it, a brief guide to the indie guitar. If you want to learn more about this genre, be sure to check out our other articles on the subject. Thanks for reading!

What are some tips on how to play indie guitar?

There are several secrets to playing indie guitar effectively. First and foremost, it is important to start with a solid foundation of music theory, including understanding melody, chords, and rhythm. Additionally, you should focus on practicing regularly and developing your own unique style. In addition to these things, it is also important to listen to lots of indie guitar music and be inspired by the techniques that other players have used. With persistence and dedication, you can become an excellent indie-guitarist!​ 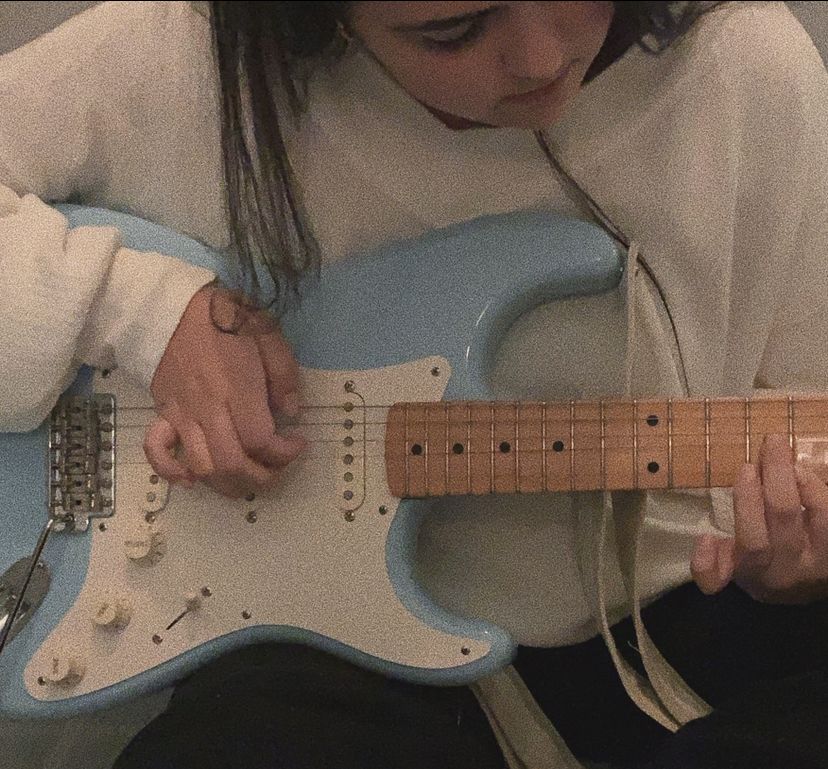 How do you play indie electric guitar?

If you want to play indie electric guitar, you will need to start by getting familiar with the basic techniques and concepts that are used in this style. This includes learning chords, arpeggios, and other musical elements, as well as developing your own unique approach to playing and creating music. Additionally, it is important to listen to a lot of different indie guitar bands in order to get inspired and learn new styles and techniques.

So, here is a step-by-step guide to playing indie electric guitar:

With all those tips in mind, you should be well on your way to becoming a great indie electric guitarist! Good luck!​

What guitar is used in indie music?

In this style, solid-sounding guitars include the Jazzmaster, Jag, Mustang, and especially the Jag-Stang. Solid-body instruments are quite popular among players of this genre, including Fender and Squire Jaguars because to their unusual controls and strange sounds. On the other hand, hollow-body electric guitars, such as the Gibson ES-335 and Epiphone Casino, are also commonly used in indie music. In addition to these two guitar types, acoustic guitars are also widely used in indie music.

All these indie guitars have one thing in common: they all have a unique sound that helps to define the genre. If a beginner musician is interested in playing indie guitar, it is essential to learn and understand the different sounds associated with each guitar type. With this knowledge, one can easily experiment and create new music that sounds original and innovative.

Thus, if you are a guitarist who wants to play in the indie style, it is important to become familiar with these guitars and their distinct sound characteristics. After all, as an indie musician, your goal should be to come up with fresh ideas that set you apart from everyone else!

What guitars do indie bands use?

There are several types of guitars that are used in indie music.

You can consider Fender Stratocaster / Squier Stratocaster. This indie guitar is popular among many indie bands, including The Shins and Death Cab for Cutie. It is a type of solid-body guitar that utilizes three pickups and two single-coil pickups to achieve its distinctive sound. Other distinguishing characteristics include the tremolo bridge, double-cutaway body, five-way pickup selector switch, and thin neck. The sound of this guitar is very important for indie music.

The Gibson Les Paul is another type of guitar that is used in indie music. It is a solid-body instrument that has two single-coil pickups and one humbucker pickup. These pickups are responsible for the distinctive sound of this guitar. The body shape, neck, and headstock also play an important role in the overall sound of the Gibson Les Paul.

Fender Jazzmaster guitar is also used in indie music. It is a solid-body instrument that has an offset waist and two single-coil pickups. The sound of this guitar is very important for the genre of indie music. Strings are made of steel and the body is made of alder wood. The neck has a maple wood fingerboard. Body shape is also an important factor that contributes to the overall sound of this guitar.

Musicians like Albert Lee HH (Music Man) use this guitar. It is a type of hollow-body electric guitar that has two single-coil pickups and one humbucker pickup. The body of this guitar is made of maple wood and the neck is made of mahogany wood. The fingerboard is made of rosewood. This guitar has a very unique sound that helps to define the genre of indie music. 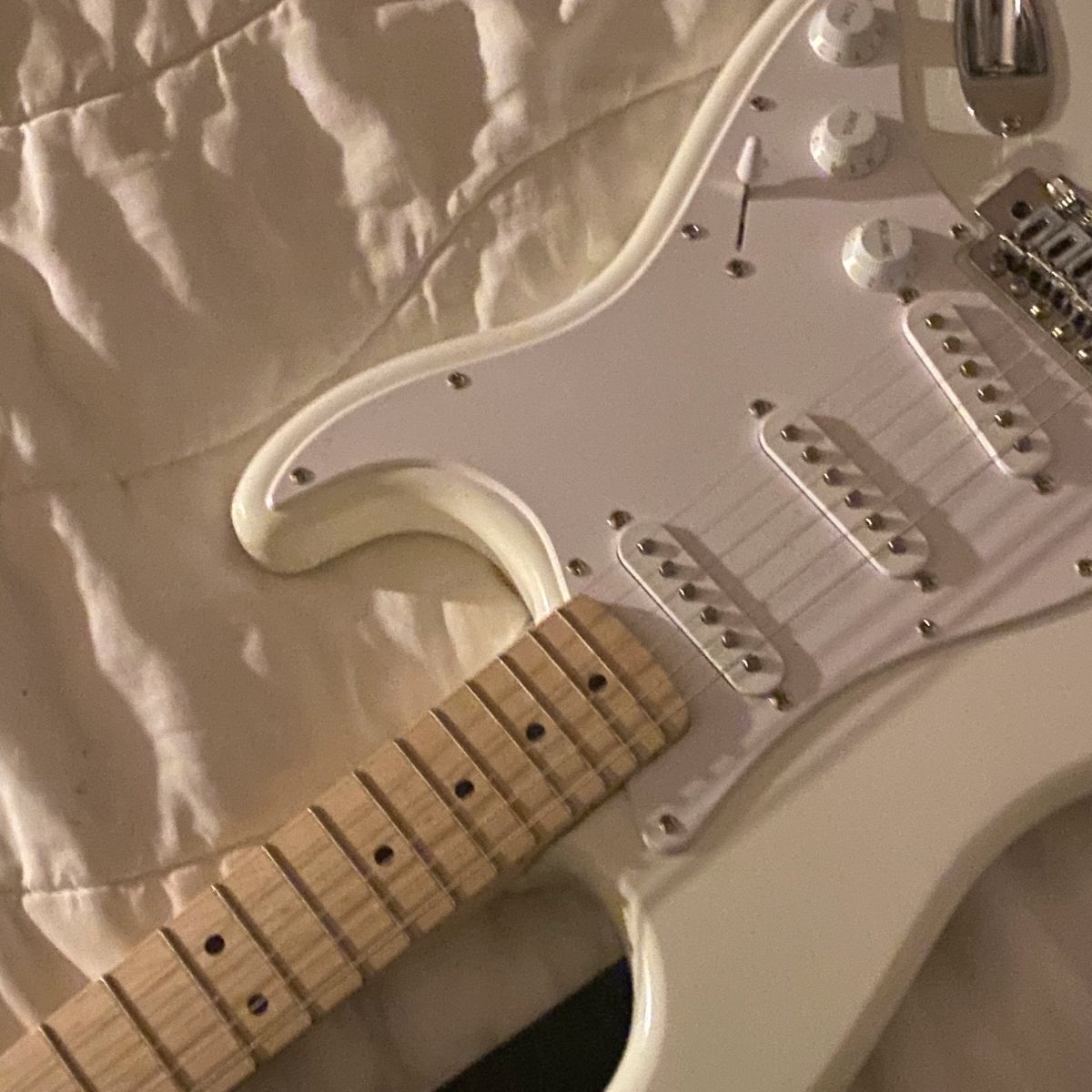 In conclusion, there are several types of guitars that are used in indie music. Each type of guitar has its own distinct sound that helps to define the genre. If you are a beginner musician who is interested in playing indie guitar, it is essential to learn about the different types of guitars and their associated sounds. With this knowledge, you can easily experiment and create new music that sounds original and innovative.

How do I make my guitar indie sound?

To achieve an indie guitar sound, it is important to first understand the different types of guitars that are commonly used in this genre. These include solid-body instruments such as the Jazzmaster, Jaguar, and Mustang, as well as hollow-body electric guitars like the Gibson ES-335 and Epiphone Casino.

Once you have a good understanding of these guitar types and their unique sound characteristics, you can begin experimenting with your own playing style to discover new ways to make your guitar sound more indie. This might involve using effects pedals or amp settings to create distortion or overdrive, altering the string gauge or tuning your guitar for a different tone, or using unconventional picking or strumming techniques to produce distinctive rhythms and textures.

To make your guitar sound more indie, it is important to always be experimenting with new techniques and trying out different sounds. By doing so, you will continue to refine your own unique sound and style and create music that truly stands out from the crowd.

As one of the most popular genres today, indie music can be defined by a variety of different elements, including guitar tone and technique. To achieve an authentic indie sound, it is therefore important to first be familiar with a few key types of guitars commonly used in this genre.

What else should you know about indie music?

In addition to guitar tone and technique, there are a few other important elements to consider when trying to define the indie music genre. These include:

Alternative tunings are often used in indie music to create new and interesting sounds. Commonly used tunings include open E, DADGAD, and drop D. The songwriting in indie music is often more personal and introspective than in other genres. The lyrics are often about real-life experiences and emotions, and the melodies are usually catchy and memorable.

The rhythm section is an important part of any indie band. The drums usually have a lot of character and personality, and the bass often provides a solid foundation for the rest of the instruments. Effects pedals are commonly used in indie music to produce unique sounds. Popular pedals include distortion, overdrive, reverb, delay, and chorus.

Finally, indie music often has a DIY or "lo-fi" approach to production. This means that the music is often recorded in a home studio using inexpensive equipment. The goal is usually to create a raw and authentic sound, rather than a polished and professional one. All of these elements come together to create the unique sound of indie music. So if you're interested in creating this type of music, be sure to keep all of these factors in mind.