If you're looking for a minor guitar scale that has a dark, melancholic sound, then the D minor scale is perfect for you. This scale is often used in metal and rock music, as it gives off a feeling of despair and bleakness.

What is the D minor scale on guitar?

Guitar music theory is built on the principle of 12 notes. An interval is a distance between two notes. Scales are constructed using a variety of intervals. These gaps are what give a scale its distinct sound. Minor scales have been investigated and utilized in a wide range of genres and songs. The most popular minor scale is the natural minor scale. The natural minor scale uses the same notes as its relative major. For example, A minor contains the same notes as C major.

The D minor guitar scale is a popular choice for those looking to create a dark and mysterious sound. This minor key has a strong emotional pull that can leave listeners feeling somber. While it’s not the happiest of keys, D minor is perfect for building tension and creating an uneasy atmosphere.

Is D minor a pentatonic scale?

Where is D minor pentatonic? 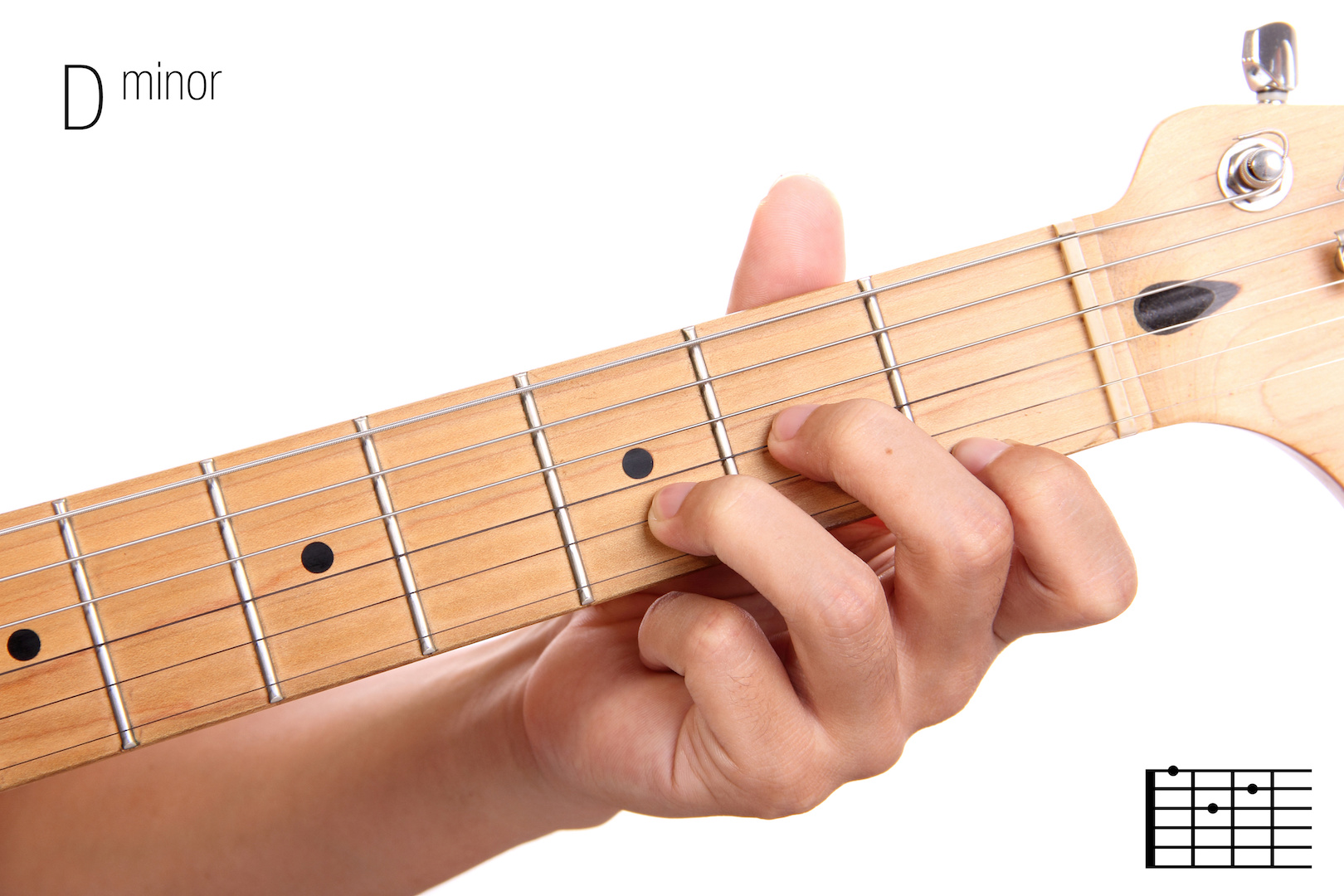 Learn how to play D minor on your guitar

There are several methods to play a scale on the guitar. You'll discover many D minor scale patterns when you consider that the guitar is an instrument with a pattern. We'll concentrate on the Natural D minor Scale in this post. The D minor scale is one of the natural minor scales and has the same notes as its relative major, the F Major Scale.

Square and rectangle shapes are excellent for practicing a scale. You may practice this scale form to increase your speed, and it will also help you see the fretboard patterns. In a later section, we'll look at some exercises to help you internalize the scale. The fact that these forms can be transposed to any fret distinguishes them from other geometric shapes.

It means, that box shapes, or any other shapes for that matter, can serve as a foundation for practicing the D minor scale in multiple positions. These forms are just guidelines. They won't limit your creativity. The fretboard is your playground!

What are the scale degrees?

The first one is D (tonic) is, without doubt, the base of this scale. The second degree is E (supertonic), the third F (mediant), the fourth G (subdominant), the fifth A (dominant) and, finally, B (submediant).

The prime D note of the scale is the one that sounds like a "home note." This foundation note forms the basis for all of the notes in the scale and we shall return to it frequently. The second note of the scale, E, is the root mote D's major second interval. Some scales, such as the D minor pentatonic scale, may lack this degree. The mediant is the note that becomes the chord's third when you construct it on a D minor chord's root. The F forms a minor third interval with the D root note.

One of the most significant scale degrees is the minor subdominant. It is known as subdominant because it lies in the perfect fifth interval below the tonic. It forms a perfect fourth interval with the root note D by combining to create a major sixth (D-F#-G). The fifth degree of the major scale, which is also known as A, is the most significant note in a scale after the root note. This is due to the fact that this scale degree has historically been used to provide a satisfactory resolution to a musical phrase culminating in its tonic. It spans an octave and a perfect fifth with D as its root note.

This is perhaps the most popular chord progression in all of Western music. It is used extensively in Jazz, Pop, and Rock.

This is a very common minor key chord progression. It has a strong sense of forwarding motion and sounds particularly nice when played with an arpeggiated accompaniment.

This is another excellent chord progression that is often used in Jazz and Pop.

This is a very pretty sounding chord progression that can be found in many Jazz and Pop songs.

Now that you know the notes of the D minor scale and some of the most popular chord progressions, you can start experimenting with making your own music! Get creative and have fun! 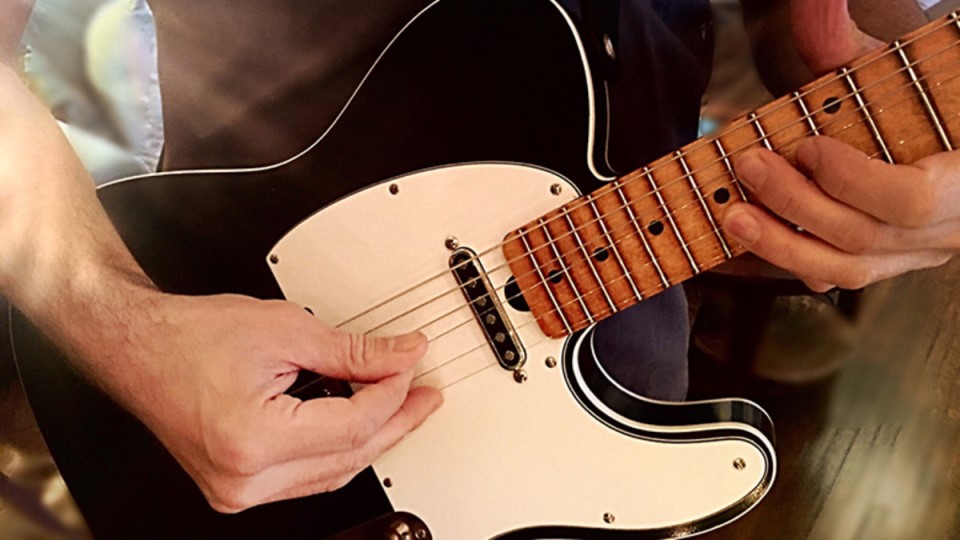 How many blues scales are there?

So, if you want to play blues music, it is important to know all three of these scales. Each one has a different sound and they can be used in different ways. Experiment with them and see which one you like the best!

Why is D minor the saddest key?

“Melancholy womanliness' was the term Schubart used to describe D minor, a key of interest because it allowed for music with "the spleen and humors brooding." D# minor also had a sibling key, which somehow evoked feelings of anxiety about the soul's most profound anguish, such despair that it becomes difficult to bear.

If you write music that tends to make people feel sad, D minor may be the key for you. This is because the key of D minor has been associated with sadness and melancholy throughout history. Many composers have written pieces in D minor that are intended to evoke these emotions in the listener. Some of the most famous examples of pieces in D minor include:

If you want to write music that will make people feel sad, D minor is a good key to start in. However, it is important to remember that not all pieces in D minor are necessarily sad. Some pieces may be written in this key to evoking other emotions, such as anger or fear.

It is up to the composer to decide what emotions they want their music to convey. So, if you are feeling sad and want to write a piece of music in D minor that will reflect your mood, go for it! But, if you want to write a piece that is meant to make people feel happy, you can do that in any key, including D minor. The choice of key is just one tool a composer has at their disposal when creating a piece of music. So, don't be afraid to experiment with different keys and see what emotions they evoke in you.

While D minor might not be the saddest key today, it once was considered to be because of its ability to create music with a "brooding" feeling. This is no longer the case, but D minor still has a unique sound that can create sad or somber feelings in listeners. So, if you're looking to write a sad song, D minor might be the perfect key for you!